Even an idea as simple as shooting bouncy balls out of a pneumatic canon into a custom built ballistic tank and filming them at 2800fps shouldn't be that hard to pull off.  Right?

Well, despite some complex math, near 100 degree temperatures, small quarters, and a few tiny glitches, it actually - in retrospect - wasn't all that hard to pull off.  Of course, that's if you have the geniuses at Clear Story Inc. - Rob Long and Doug McDermott - and Cinematographer, Steve Romano, on hand.

These guys pulled of a fun and masterful shoot.

Check out these photos of the masters at work. 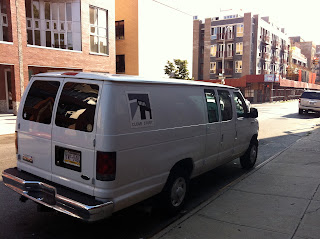 The Clear Story Team is in the City. 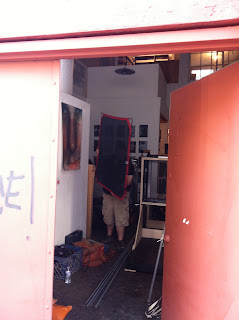 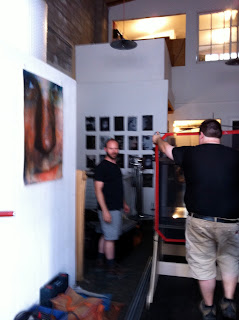 Rob and Doug assembling the Sphaeracista. 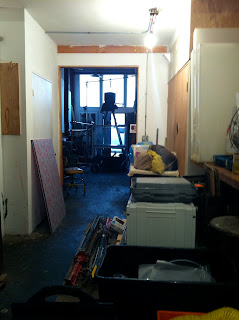 View to the set. 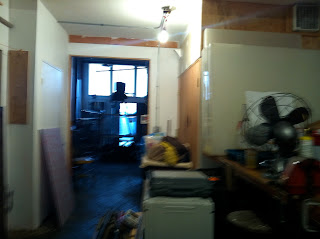 That fan was the only source of cool air for three days! 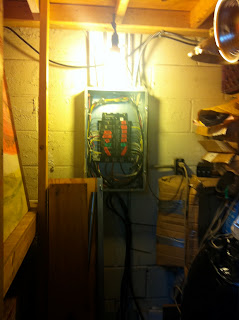 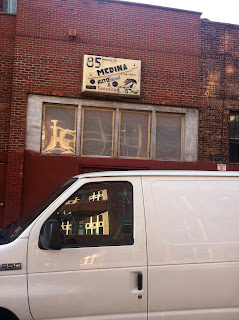 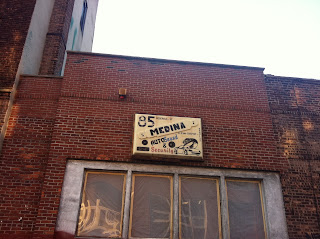 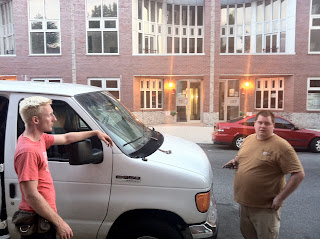 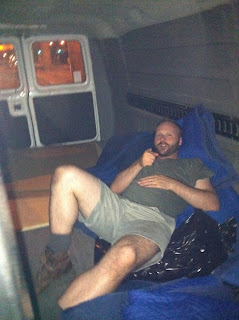 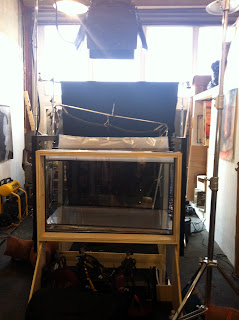 The Cista is ready to be fine tuned. 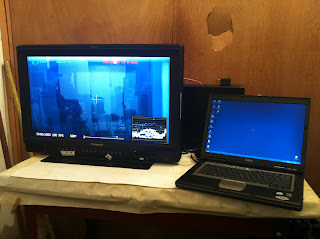 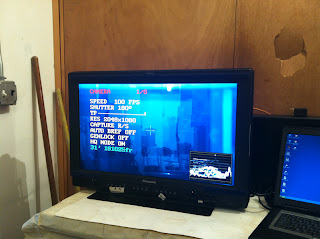 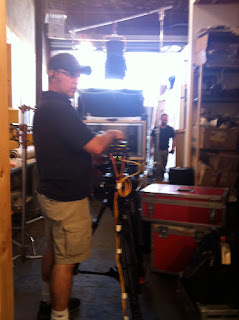 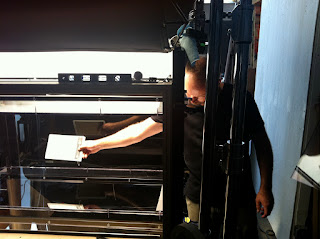 Checking the lighting.  (It is hot in there BTW). 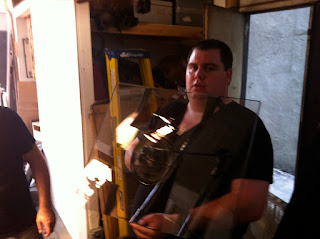 Ready to seal the Cista and fire away. 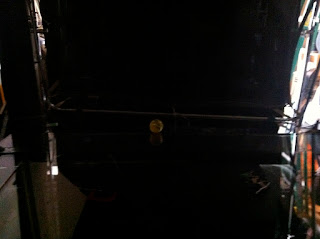 A ball at rest after a long day. 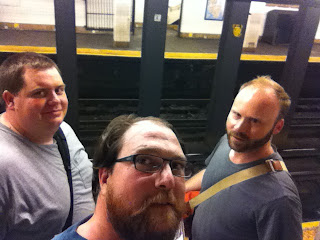 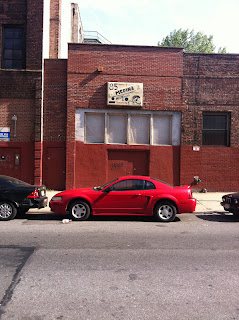 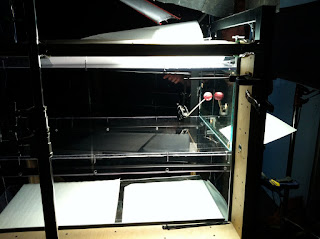 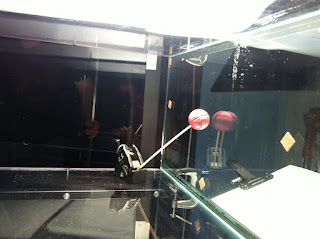 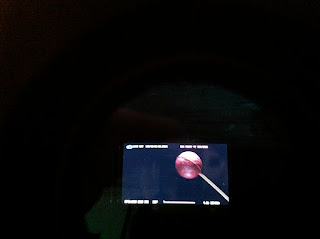 How the camera sees it. 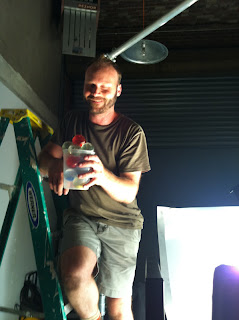